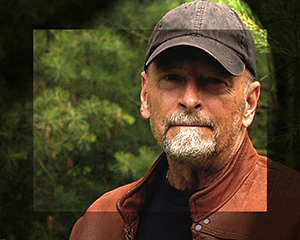 Many of his images have been published as limited-edition prints, posters and collector plates throughout his career.

Rich spent thirty years as a visual art educator and consultant while developing his career as an artist. He studied at the Ontario College of Art & Design, earned a BA (Visual Art Major) from the University of Western Ontario and is a graduate of Stratford Teachers' College.

Rich has been profiled on national television and radio and his aviation images appear on the covers of Canadian, American and British books, magazines and in television documentaries. One of his paintings is depicted in bronze in the Royal Canadian Mint's Canada Remembers medallion set commemorating the 50th anniversary of D-Day in World War 2.

In early 2000, Rich was commissioned to create a painting celebrating the 30th anniversary of the Snowbirds, Canada's military aerobatic display Team. The painting Flying the Flag was published by the Snowbirds as a limited-edition print with artist proofs personally co-signed by the entire 24 member Team.  The following year Rich painted Double Diamond Radical Twins, also published as a limited-edition print co-signed by Maj. Bob Painchaud, Commanding Officer/Team Lead 431 (AD) Sqn. Snowbirds 1999-2000-2001. Sadly, Bob died suddenly in March 2020 while at his vacation home in the Caribean with his wife Kate.

Rich was proud to be asked to contribute his painting Once Upon a Time to be included in the book Diana In Art, compiled by Mem Mehmet, published in 2007 and hailed as "one of the most must-have coffee table books of the millennium" by Attitude Magazine.

Over the years Rich has given numerous, slide-illustrated presentations to service clubs, historical and community clubs, aviation associations and veterans groups. These presentations feature his paintings and career as an artist with particular focus on the Canadian history depicted in his many vintage aviation images, as well as modern-era avaition art.

Rich has created commemorative aviation posters for veterans' associations and various annual or special aviation events. He has written several articles about the aviation history represented in his paintings for the American magazine Aviation History and 33 monthly columns for Canadian Flight, the national publication of COPA, the Canadian Owners and Pilots Association.

Rich and his wife Jay owned and operated Gallery 164, a retail art gallery, in their home town of Stratford, Ontario before re-locating to cottage country in 1999. Visitors are now welcome by appointment to Rich's studio/gallery located in Wasaga Beach, Ontario, north of Toronto. Collectors can view and purchase original paintings, or discuss a commission for a painting.

This year-long project produced an exciting public art installation THE STRATFORD MURAL completed in Nov. 1998, including 23 original acrylic paintings by Rich Thistle. These works, a visual art tribute to historic and current Stratford, are permanently mounted across the front of Stratford Place, a commercial/apartment complex in the heart of downtown Stratford Ontario. Take some time to view these widely-acclaimed images and read a little bit of history about Rich's hometown.

Over the years, Rich's urge to create has led him down various side paths, seeking an expansion of his skills in traditional crafts and a deeper understanding of materials and processes. For several years he worked in earthenware and stoneware, making functional pottery and sculptural art in clay. His interest in Canadian naval history led to the building of two highly-detailed, scratch-built models of Canadian WW II warships, HMCS Haida and HMCS Sackville. He has spent time designing and making jewellery in non-precious materials (clay, leather and wire) based on ancient Celtic designs. Over the years Rich has worked in leather, creating garments, luggage, belts, knife sheaths and whips. He also enjoys designing and building furniture in his home workshop. He and his wife Jay also designed and built two homes.

The contemplative and visual oriental art of bonsai appeals to him on many levels. He's a tree guy, painting as well as propagating and planting hundreds of them over the years. Rich is an amateur architect having designed and built two personal residences, and the major renovation design of a third, including models and working blue prints. An ongoing interest has been exploring the world of custom knife making, designing and creating knives from scratch using the stock-removal method. Other interests include classic cars, photography and playing his guitars.

Visit Rich's Art Studio to view his other artwork.

"When the power of love overcomes the love of power, the world will know peace." ~ Jimi Hendrix

"As should be obvious by now, I freely confess to a very liberal attitude toward sexuality. I characterize eroticism as entirely about the warm magnetism of love and the excitement of beauty. And yet I still somehow feel vaguely motivated to make at least a cursory explanation about why I am enthused about expressing this intensely personal part of myself in this manner.

And remember, the boundaries of eroticism and pornography are subjective, ill-defined and especially dependent on culture and personal taste. Thankfully, in most societies, it has been quite some time since the sight of a bare female leg was considered obscene, immoral or inappropriate. The artist chooses the human figure as a subject for many reasons. To paraphrase a famous maxim, woman is the measure of all things, possibly the supreme transformation of matter into form, and in my opinion, there is absolutely nothing wrong with admiring the form.

I have always believed that a strong, healthy libido is a positive personal asset, a factor which generally helps one maintain a personally happy and reasonably centered outlook on life. Perfectly natural, I believe the emotion accompanying sexual arousal is very similar to the energy which one experiences during the incubation and creation of any work of art. In my case at least, these two sensations are very much alike, if not exactly analogous. Both are exciting, both are energy and focus building, and both usually lead to pleasing and fulfilling conclusions.